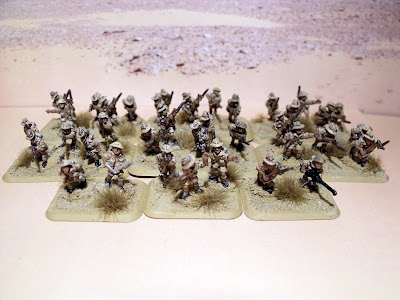 More figures up for sale on ebay, once again these come from the deep recesses on my lead draw. They're the remnants of a long sadly sold British 8th Army army.
These guys are painted up to represent the 28th Maori Battalion for Flames of War WW2 rules.

From the rulebook "Africa"
When the war began the Maori population of  New Zealand asked to be allowed to form their own battalion. This was formed with regional companies. "A" Company was from the Far North and gained the nickname Nga Kiri Kapia, the Gumdiggers, while "B" Company came from the Central North Island and was known as Nga Rukukapapa, the Penny Drivers. "C" Company from the East Coast became Nga Kaupoi, the Cowboys and "D" Company came from a mixture of South Island tribes and were called Ngati Walkabout.
The Maori were brave and daring soldiers, however their eagerness for battle often overtook the caution of thier training. Maori Platoons are rated as Fearless Trained instead of the usual Confident Trained, like other New Zealand platoons."
There are 6 stands of Infantry, 1 Command stand, 1 Mortar stand and a Boyes stand, making 37 figures in all. 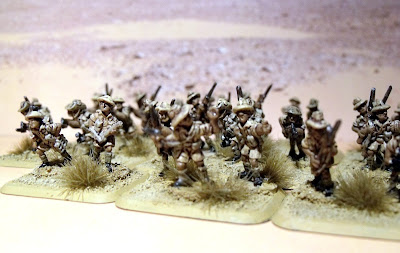 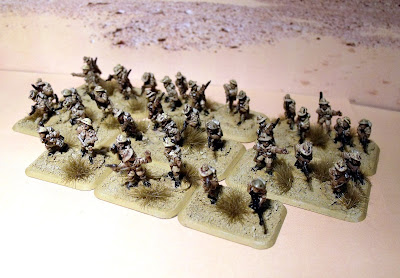 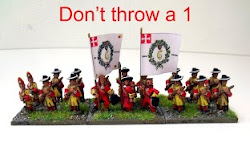